“We are thrilled to have Mady, Jonathan, Emily, and Haley all continue to choose Patterson Law as they reach the next major milestone of their legal careers,” says Jennifer Hamilton Upham, co-managing partner of Patterson Law. “Their work ethic and dedication while establishing themselves within the legal community has been a constant since these four bright lawyers first joined us as clerks in June of 2021. We could not be more excited that these talented new lawyers have all chosen to remain here with us at the firm for their next chapter.”

“Creating the internal environment where the next generation of young lawyers feel equally supported and challenged is a top priority and something we pride ourselves on here at Patterson Law,” says Kate Harris, co-managing partner of Patterson Law. “To have all four former clerks unanimously make the decision to continue to build their careers with the firm speaks volumes to our ongoing strategy focused on producing the culture and conditions that attract top level talent.”

Mady Gillespie (Quinn St., Halifax) holds a Bachelor of Arts degree (Honours) in English Literature and Gender and Women’s Studies from Dalhousie University. Her honours thesis was titled “Passing the Holy Buck: Blameworthiness and Religion in Dr. Faustus and Eve’s Apology in Defense of Women.” Mady acquired her law degree from Dalhousie University’s Schulich School of Law in 2021. Mady will be working from Patterson Law’s Quinn St. office located in Halifax focusing on property law and wills/estates (including solicitor and litigation work in both areas).

Jonathan Goud (Truro) holds a Bachelor of Arts degree (With Distinction) in English and History from the University of New Brunswick and a Business Management diploma from Dalhousie University’s College of Continuing Education. Jonathan received his law degree from Dalhousie University’s Schulich School of Law in 2021, where he received both the Honourable Angus L. MacDonald Prize for Top Mark (Tort Law) and the Osler, Hoskin & Harcourt LLP Prize for highest overall average in private law courses. Jonathan will be focusing his practice on property law and wills/estates based out of Patterson Law’s Truro office.

Emily MacDonald (Hollis St., Halifax) holds a Bachelor of Music degree (Piano Performance with Distinction) from Dalhousie University and a Master of Music degree (Piano and its Literature) from the University of Ottawa acquiring an extensive list of accolades for both her performance and academic excellence. Emily completed her law degree with Dalhousie University’s Schulich School of Law in 2021, where she received both the Schulich Scholarship in Law and the Sarah MacWalker MacKenzie Clinical Law Award. Emily will be working from Patterson Law’s Hollis St. in Halifax focusing her practice in the areas of corporate and commercial, real estate, and family law.

Haley Sampson (Truro) earned her Law degree from the Schulich School of Law at Dalhousie University. As a student, she participated in various pro-bono opportunities, such as the Legal Information Society of Nova Scotia and the Dalhousie Wills Project. Haley spent two summers working at a law firm in the “Home of her Heart”, Cape Breton, before joining Patterson Law as an Articled Clerk in 2021. Haley will be working from Patterson Law’s Truro Office focusing on Family Law.

Patterson Law would like to once again congratulate Mady, Jonathan, Emily, and Haley for reaching their goal of becoming practicing lawyers. 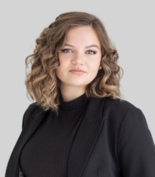 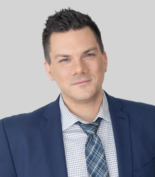 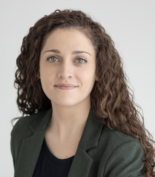 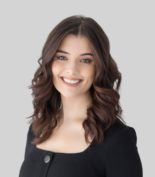